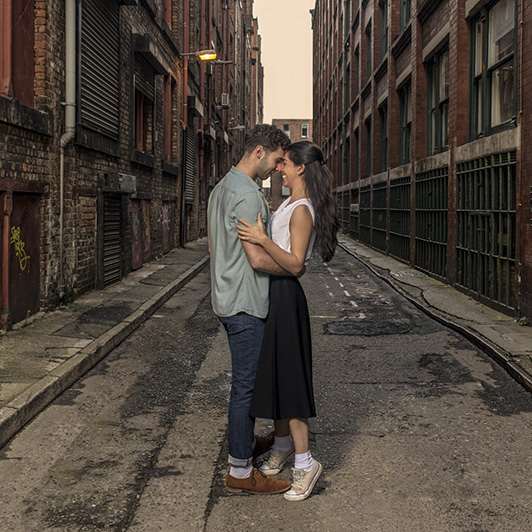 Gee, Officer Krupke, if you’re thinking of waiting to read the reviews before buying a ticket for West Side Story at the Royal Exchange, you might want to prepare yourself for a bit of scramble to get tickets. A lot of performances are already completely sold out, and those that aren’t don’t appear to have many seats left to sell. A combination of the Exchange’s recent track record in producing musicals, the enduring popularity of West Side Story itself, and the fact that this is likely to be one of Sarah Frankcom’s final productions as the theatre’s Artistic Director seems to have created unprecedented demand for tickets.

Seats have had to be removed to accommodate Anna Fleischle’s set, so capacity is reduced and the Exchange’s popular banquettes have also been banished for this production. So those intrepid enough to join the early morning queue in St Ann’s Square for the £10 day tickets (all 16 of them) are likely to find themselves seated on the second row of the second gallery.

And if you’re still pondering whether to go, don’t take too long. It looks as if the Royal Exchange’s dynamic pricing policy has already kicked in (before the show had even opened), with prices on the rise for certain performances… 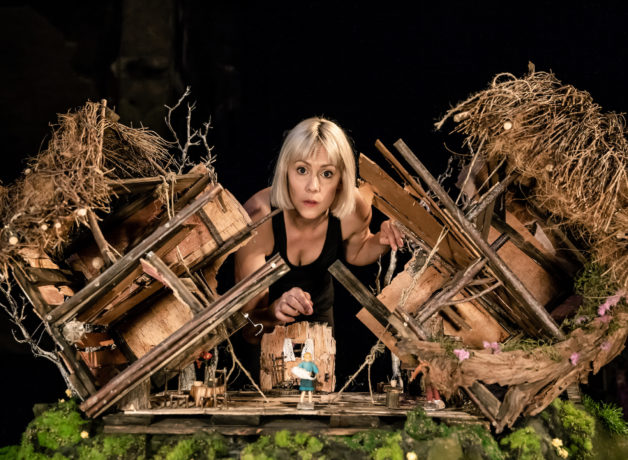 HOME will no doubt be launching their new autumn/winter theatre season soon, but for those who can’t wait there have already been a trickle of announcements about upcoming shows. Probably most exciting is the news that Bryony Kimmings will be bringing her much-lauded I’m a Phoenix, Bitch to Manchester in November for a week. While Emma Rice’s Wise Children theatre company, who made a big impression with Wise Children back in February, will return to HOME in September with their new show Malory Towers. It also looks as if there could be a relatively swift return for 1927, who enjoyed a lot of success with The Animals and Children took to the Streets (also in February). Their new production Roots will have its European premiere at the Edinburgh International Festival in August, and (based on rumblings on Twitter) it would seem it will arrive at HOME before the end of this year.

And finally – it’s good to hear about two great local artists being supported to develop new work. The excellent Cheryl Martin has received funding from Unlimited and the Welcome Collection to develop her show One Woman through to production and presentation. An excerpt from the show was shared at HOME’s PUSH 2019 and, based on that brief preview, the finished show should be well worth looking out for.

Theatre-maker Ali Wilson’s Over My Dead Body was performed as part of CO:LAB 2018 and it was one of my favourite shows of last year. After time away in Berlin, she has returned to Manchester to be a Supported Artist at the Royal Exchange, and I’m really looking forward to seeing her next projects.

Images (from the top) – West Side Story, I’m A Phoenix, Bitch & Over My Dead Body

And thanks to Val Young & Phil Costello for the sneak peek at the West Side Story set!