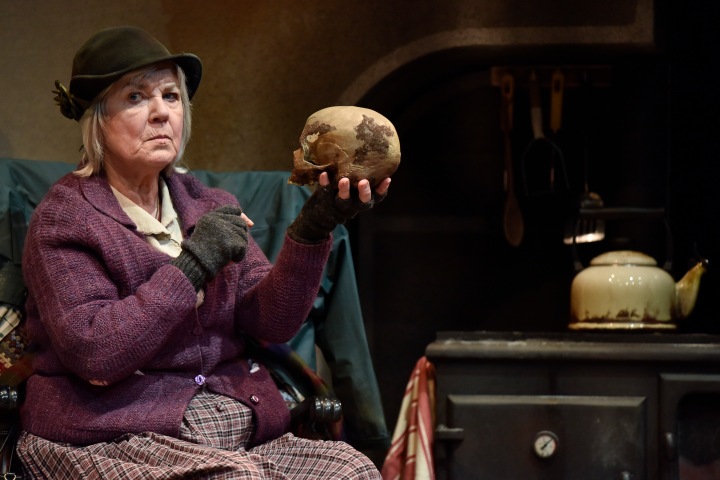 Summer is on its way out, and rays of sunshine are in short supply in Martin McDonagh’s darkly comic play set in a small community on the west coast of Ireland. There’s plenty of heat generated by the endless chatter between gravedigger Mick, his assistant Mairtin, stoney-faced neighbour MaryJohnny and Mairtan’s garda brother Thomas, but not much light.

Their talk goes around in circles. The same stories cropping up repeatedly, but each time with a new detail added about MaryJohnny’s exploits at the bingo, Mairtin’s school days or the death of Mick’s wife. Everyone has an opinion to share and “inferences” to make, even the inhabitants of the graveyard, who Mairtin suspects “be whispering about me throughout the years”.

The truth is hard to pin down. Lies are told to protect people’s feelings, misdemeanours are shamelessly denied and tall stories are told to impress visiting American tourists. Motives for lying may vary, but everyone is at it. Only Mairtin will occasionally blurt out the truth, though never intentionally, seemingly too dim-witted to keep up a deceit.

As a result, ambiguity abounds. Nothing is settled nor set in stone here, not even, it would seem, the bodies in the local churchyard. Every year a batch of them are disinterred, their graves dug up to create space for new burials. This time, the remains of Mick’s wife Oona are among those to be lifted from the ground. Rumours that he killed her, resurface too.

Designer Katie Scott’s set ingeniously combines with Stewart Bartles’ lighting to vividly create a sense of the living jostling for space with those long gone in this cramped community. Seemingly solid damp-stained walls suddenly dissolve, and death crowds in on all sides. Tombstones loom over proceedings, soil is flung from open graves and broken bones crunch under foot on a kitchen floor.

Death is depicted as a grizzly, if absurd, business. Animals are baked alive in an oven, people drown in their own ‘wee’, and an overweight man is found dead with just a lettuce and jar of jam in his fridge.

Director Chris Lawson deftly balances the play’s poteen-soaked black comedy, with a growing sense of unease. Beneath the sound of the wind and the waves, birds call out and a clock can be heard insistently ticking. The music between scenes is by turns melodic and discordant.

It’s all wonderfully acted. Liam Heslin is gloriously funny as “young shite” Mairtin, who in his happiest of moods “could kiss fools and feck dogs”. Peering gormlessly from beneath a curtains haircut, he puts his foot in it one expletive-laden time after the other. As dry-witted and coolly calculating Mick, John O’Dowd is more restrained, creating an enigmatic and brooding presence.

Chris Lawson’s pitch perfect production is atmospheric and absorbing. An unsentimental and strangely satisfying blend of intrigue and brutality, washed down with a generous glug of gallows humour. 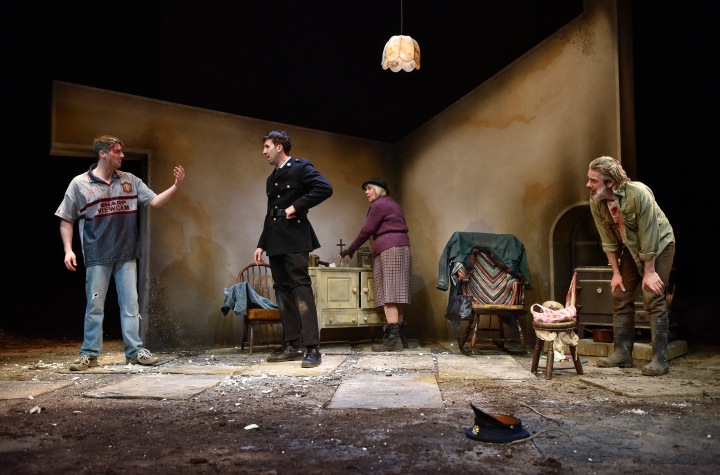