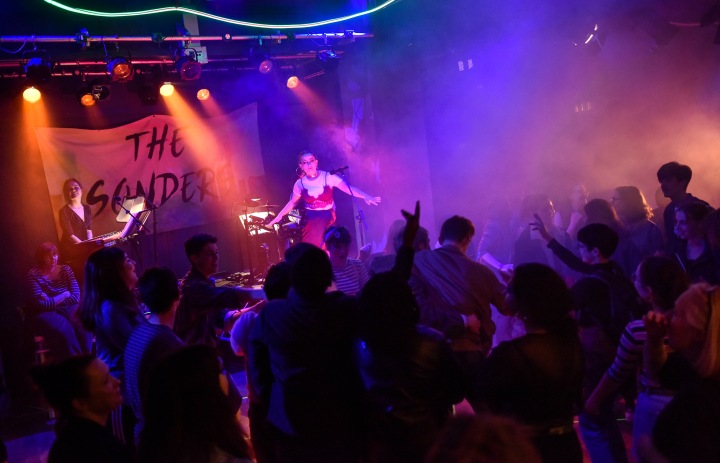 A beat. Hear it. Making music, pulsing through the body and marking time. Beats can come together to make something bigger – a song, a crowd, a symphony, a city and a show.

Mixtape is a collection of beats, powered by the rhythms of young Manchester. The Royal Exchange Young Company and composer James Frewer sequence and meld music, performance and spoken word to tell some of the stories that make up the city they call home. Mancunian references are woven throughout – local streets, shops and neighbourhoods. The city’s increasingly emblematic worker bee makes an appearance (“we are the sound of the hive”) and the three main characters are likened to Manchester’s watery “veins”, the rivers Irk, Irwell and Medlock.

Leon, Leyla and Phi. Their three stories anchor the show. Each are at a turning point. About to make big decisions, even if they don’t know it yet. As we follow their lives, we also start to encounter other people – glimpses of their friends, family and acquaintances, snapshots of city life.

Outlined in strips of neon colour, a network of platforms encircle the audience. We’re on our feet throughout, in a crowd, as if at a gig. As the show shifts back and forward around the space so we shift and shuffle to adjust our gaze. Working hard to break down the traditional barriers between audience and performance, members of the company greet us as we arrive and step down from the platforms to stand beside us or have the occasional word as someone else takes the spotlight. They are this city, but we are too. So, we find ourselves in a dance off at a party and then using our phones to help create a rooftop view of lit windows at night. It forges a connection, the sense of being part of something.

Thoughts and stories flow fast and blend busily, exploring issues including prejudice, identity, family pressures, friendships and first love. It can at times become a bit of a blur. Musically, it’s incredibly accomplished. A compilation of various styles and perspectives, it encompasses Isah Levi-Roach’s intense rap about social injustice, Rebecca Xuan Le’s piano-driven torch song about the pressures of on-line life and Oceana Cage’s cheerful celebration of fried chicken shops. Inevitably, just like any collection of music, you’ll have your favourites and you’ll pick out things that personally resonate. There’s even a song about rain. This is after all Manchester, we do weather differently here…

Occasionally the beat slows and the plug is pulled. Quiet times, where the cast reflect on the fragility of life or we’re asked to close our eyes and imagine a city without people. Those contemplative moments are a striking contrast. After the enthusiastic noise, stomping feet and high energy, when Grace Collard strums a tiny guitar and sings softly about small lives in an immense world, it’s a moment of pure beauty.

In the three central roles Sara Abanur, Zoe Ndlovu and Charlie Shaw ably provide the show’s dramatic depth, and it’s all helmed tightly by narrator Elli Kypriadi. Ndlovu in particular is a force to be reckoned with. A charismatic actor, she also provides a stand out musical performance, nearly taking the roof off with a bluesy roar of proud defiance.

Hang on… The house band are called The Sonders. The what?

Sonder? Apparently it’s the realisation that each random passerby is living a life as vivid and complex as your own.

In an effort to make sonders of us all, Mixtape asks us to connect with others, take a genuine interest in people and truly ‘see’ them.

Admirably, the show’s narratives ring true, they don’t promise perfection or happy endings. Everything doesn’t always work out for Mixtape’s characters, but reassuringly they can change direction, and still believe that life is full of potential.

This underlying optimism sits well with the infectious energy of the music and performances. Generous, curious and inclusive, Mixtape is gloriously sonder-ful. 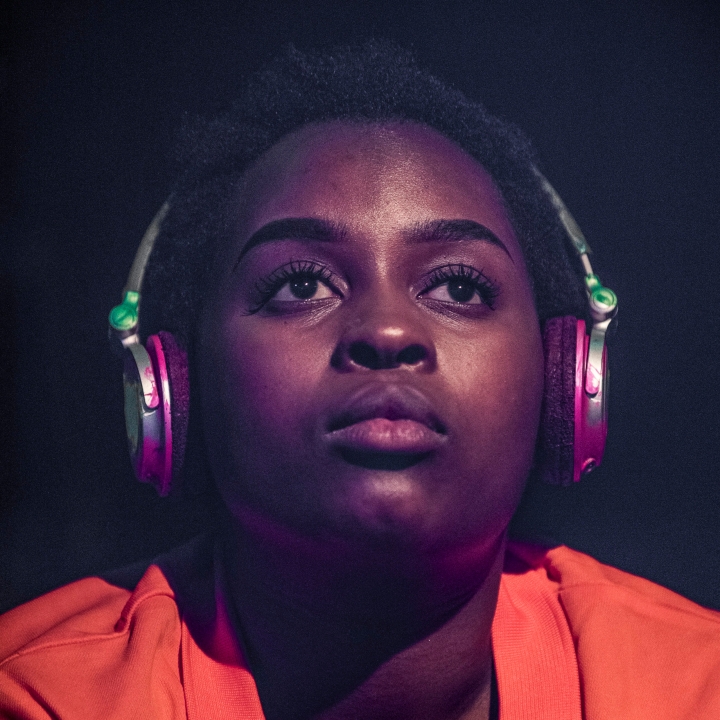