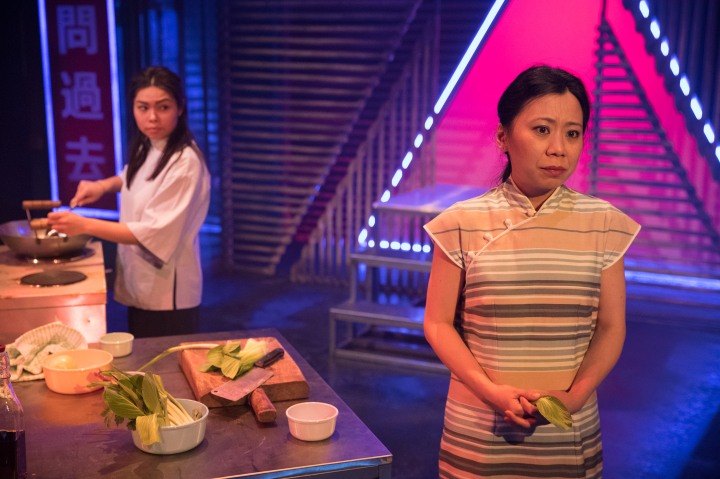 To a Manchester audience, Middleton may seem an unlikely destination for someone with big dreams. Yet, in the 1950s, Lily Kwok chose it as the location for her pioneering Chinese restaurant. She achieved success there, but the town wasn’t the only place that this woman with an extraordinary life called home. In this adaptation of her grand-daughter Helen Tse’s family memoir, Lily seems to be on a perpetual journey – both emotionally and physically. From China to Hong Kong, to Manchester and back, it’s a life of almost constant struggle as she encounters poverty, war, bad luck and impossible choices.

Her vivid story is told through flashback. The determined curiosity of her grand-daughter Helen, somehow succeeds in summoning Lily’s ghost to reveal the details of her past life. Unlikely though this is, it never seems contrived. The depiction of their relationship has a naturalness that makes the story-telling wholly credible.

From an early age, inspired by her father’s belief in the transformative power of hard work, Lily strives ceaselessly to create a better future for her and her family. “Small, female, poor and powerless” she may be but also a woman in possession of a strong survival instinct.

Lily invites Helen to “walk in my shoes” and she does just that – she experiences her popo‘s life as if it is happening to her. It’s a clever construct. The young, confident and out-spoken Helen casts a contemporary (and often outraged) eye on the hardships that Lily uncomplainingly endures. However, Lily is unwilling to allow Helen to directly experience everything she has witnessed. As if to protect her grand-daughter, she steps back into her own life to endure her darkest moments herself, and Lily’s most painful secrets can only be spoken about with help from her friend Auntie Kit. In-Sook Chappell’s script creates fluid shifts in time and perspective but we never find ourselves lost. There is a sharp streamlined clarity to the story-telling, and it’s peppered with characters who express themselves with refreshingly blunt honesty.

The play foregrounds the experiences of women, emphasising the obstacles they faced but also their resilience. Men are often absent or flawed.

As you’d expect the power of food to evoke memories of family and home is regularly referenced and there are moments where ingredients are loving prepared, and cooked on stage – filling the space with a fragrant smell of lemongrass and ginger.

The production’s design creates a compact sense of hustle and bustle – there’s constant change and people on the move. Travelling by train, plane, boat and on foot – characters stride forward and step back in time. Frequent changes of location are effectively evoked through a lean but adaptable set with striking lighting and imaginative use of music and movement.

There’s a strong cast, most of whom are called upon to play multiple characters. Ruth Gibson plays Lily’s English employer Mrs Woodman with a knowing nod to the colonialism of the time, while Minhee Yeo’s cheerful Auntie Kit brings welcome moments of lightness to proceedings.

The play revolves around the relationship between grandmother and grand-daughter. Siu-See Hung’s Helen pulses with a youthful streetwise energy. Her restlessness drives the narrative forward and she is often in the thick of the action. As Lily, Tina Chiang offers something more contained. Often called up on to simply observe Lily’s life story replayed by other cast members in front of her, Chiang manages to express so much through her haunted wide-eyed gaze and tightly clenched hands. It’s a compelling performance – deeply felt and full of nuance.

Jennifer Tang’s production could have become swept up in the sometimes epic nature of the story but it wisely keeps things tight, focusing in on the people buffeted by the forces of history and fate. The result is an absorbing and very affecting meditation on family, identity, and resilience. 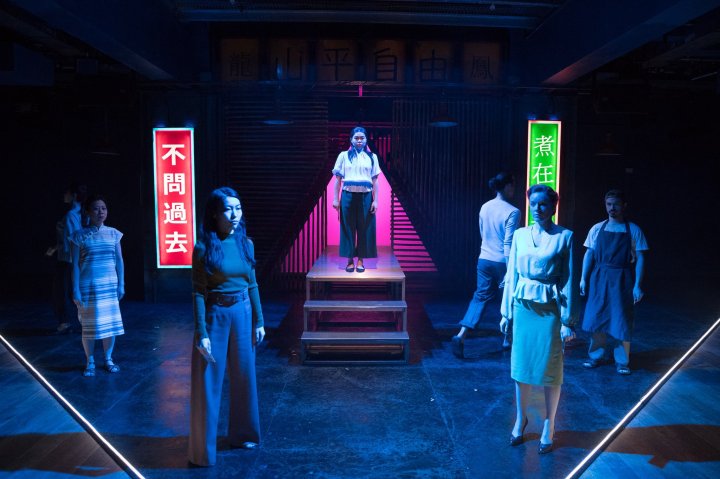