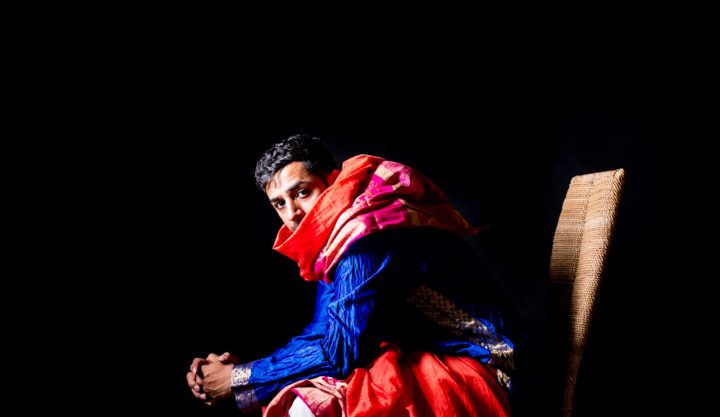 It’s all change in Manchester this month, with lots of new theatre and performance. The following are three shows I’m particularly excited about. As well as these three choices, there are many more new openings and touring productions that are worth checking out in March, and I’ve included a brief overview of some of those.

HOME’s new production of Pulitzer Prize-winner Annie Baker’s Circle Mirror Transformation is shaping up to be Manchester theatre’s March highlight. Interest in Baker’s work is on an upward trajectory, with the National Theatre’s much talked about production of John coming to an end just as Circle Mirror Transformation begins previews in Manchester. The involvement of director Bijan Sheibani also promises much, especially after his recent hugely successful Barber Shop Chronicles at the National Theatre, and The Brothers Size at the Young Vic.

Set in a small American town, the play follows five strangers as they come together for a weekly drama course at their local community centre. The interesting looking cast includes Amelia Bullmore and Con O’Neill.

Baker, is considered one of the most talented playwrights to have emerged in recent years and Circle Mirror Transformation was voted one of the top 10 plays of 2010 by the New York Times, Time Out, and the New Yorker. Walter Meierjohann, HOME’s Artistic Director says of Baker, “Her very musical ear for dialogue, her emphasis on ordinary people, and her beautiful heightened naturalistic plays, make her a Chekhov of the 21st century“.

Circle Mirror Transformation runs from 2 March to 17 March 2018 at HOME.

As Contact undergoes a major building transformation, their year-long programme of site-specific performance across the city steps up a gear this month.

Set within one of the country’s last remaining traditional sari shops, on Manchester’s Curry Mile, Handlooms will tell the story of inter-generational conflict between a mother and son who have different responses to their family’s struggling sari business.

A co-production with Rasa Theatre, writer Rani Moorthy will explore the sari from a rarely-taken male perspective, seeking to recreate her childhood memories of “these extraordinary men whose love of saris took them to a very theatrical way of presenting themselves”. Directed by Slung Low’s Alan Lane, audiences can expect a mixture of live performance and immersive audio storytelling.

Extraordinary Rendition is a 15-minute installation for one person at a time, performed in a cabin built from the same materials as the Camp X-Ray detention facility. Expect “questions about our complicity in conflict and abuses of power carried out in our name”.

Their second show Slap Talk is a durational performance where the two performers rant, threaten and insult each other non-stop for six hours. “They put their money where their mouths are and their bodies on the line. No breaks, no time-outs, no punches pulled”.

Here are some other shows to look out for this month.

Cheryl Martin’s beautiful Who Wants to Live Forever? was one of my favourite shows of last year. Before it sets off across the country on tour, Greater Manchester audiences get another chance to see it on 15 March in Oldham Library‘s performance space. Martin’s “jazz fantasy about loss, love and hope, set among the stars” is poetic, haunting and very moving.

Back in Manchester, Matthew Xia returns to the Royal Exchange (after his previous successes with Into The Woods and Wish List) to direct a new adaptation of Mary Shelley’s Frankenstein by playwright April De Angelis. We’re promised a fast-paced production that will offer “insight into our contemporary world”.

Contact Young Company’s shows are always worth checking out and their latest She Bangs the Drums celebrates the 100 year anniversary of the Representation of the People Act.  Exploring stories from Manchester’s long history of radical struggle, the performances will take place at the Museum of Science and Industry.

The Lowry offers a very welcome opportunity to see The Wardrobe Ensemble’s Education, Education, Education. This “love letter to the schools of the 90s” was one of the big successes of last year’s Edinburgh Festival, and is on for three nights only in Salford.

And finally. Philip Ridley is an incredible writer – Yet Another Carnival plan to “take aim at homophobia and hate crime with breathtaking honesty”, with their regional premiere of Ridley’s play Vincent River at Hope Mill Theatre.